Ealing, known as “The Queen of the Suburbs,” offers a balance between urban and rural living. 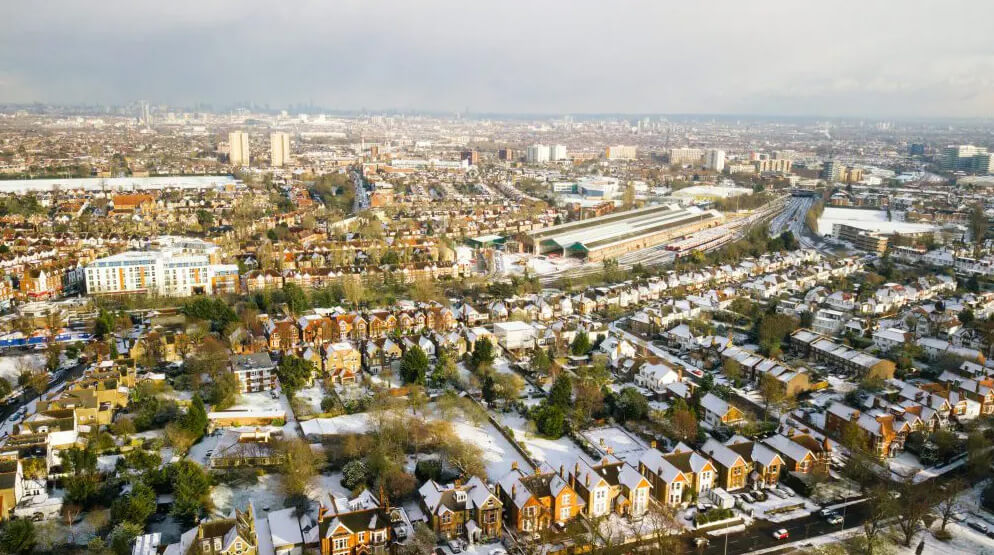 With excellent transportation options to the city centre and a charming, rustic atmosphere, the borough boasts numerous parks, such as Gunnersbury, Brent Lodge Park, and Walpole.

Additionally, it has significant typical and peaceful, tree-lined streets.

Ealing is located in central West London, with easy access to transportation options.

Rail: The First Great Western train service from Ealing Broadway and West Ealing to Paddington Station is a quick and convenient option, with the journey taking only 10 to 15 minutes. Additionally, the Heathrow Connect service can get you to the airport in under 30 minutes, making it an efficient option for those travelling to Heathrow.

Bus: Ealing offers an extensive bus network, with multiple routes available to its residents and visitors. These routes include the 65, which goes to Kingston. The 83 is heading towards Golders Green, and the 297 is going to Willesden. Additionally, multiple routes run 24-hour services, providing convenient transportation options at any time of the day.

Cycle: Plans for constructing a Cycle Superhighway from Tower Hill to Acton have been proposed, which could greatly benefit Ealing’s cycling community. Currently, it only takes 40 minutes for Ealing residents to cycle to Hammersmith, and the Cycle Superhighway would make this journey even more convenient and safer.

Road: Ealing’s West London location makes it easily accessible to major transportation routes. For example, the M25 can be reached in less than 40 minutes, and it’s only a 30-minute drive to Heathrow Airport, making it a convenient location for travellers.

Ealing offers a balance of tranquillity and energy. Its peaceful green spaces complement a vibrant music scene, with many pubs hosting live bands.

The selection of wine bars and coffee shops in the area can compete with those in East London.

The dining options in Ealing are diverse, with a variety of quirky independent restaurants serving a range of cuisines, from Iranian to Italian.

Away from central Ealing, you can find many options for food.

A sense of community

Ealing is known for its strong community spirit. New residents can get involved in various activities such as exhibitions, local theatre groups, and an annual summer festival.

Additionally, popular high street retailers like Boots and Argos can be found at the Broadway shopping centre.

Ealing’s population is diverse, as are its housing options.

Top attractions and things to do in Ealing

Copyright © 2023 Ealing.com. All Rights Reserved. All trademarks and web sites that appear throughout this site are the property of their respective owners. No part of this site shall be reproduced, copied, or otherwise distributed without the express, written consent of Ealing.com. This site is not affiliated with any government entity associated with a name similar to the site domain name.